During the campus New Year's Carnival, Ada performed a sport stacking for us. Her excellent performance won rounds of applause from the audiences.

Sport Stacking is a new individual or team sport that requires players to pile cups into a pyramid as fast as they can. It not only helps develop physical skills such as hand-eye coordination, agility and concentration, but also enhances self-confidence, teamwork and good sportsmanship.

She's loved sport stacking since 2017. At first, she secretly practiced by watching video at home. Under the support of her father, she went to Qingdao for the first time to participate in the Sport Stacking. In that competition, she got the tenth place, which greatly encouraged her to go further. Then in June 2017, she won a gold medal in the Junior Group at the Asianand Oceania International Youth Arts Festival. Two months later, she participated in the international competition and began training.

In June 2019, she and her friends formed a group, then a club to begin training under the guidance of professional coaches. Later in 2019 Sport Stacking Guangzhou Open, she made great achievements.

"Most of these awards were won in 2019, and the best one was awarded in the Fujian Open, which broke my own record." Ada said, cheerfully introduced her medals on the table to us.

Talking about the harvests she had from the sport stacking, Ada says she made many good friends and learnt a lot by analyzing tactics and participating in the competition together. Also, it is so great that she gets to improve herselves through the game. 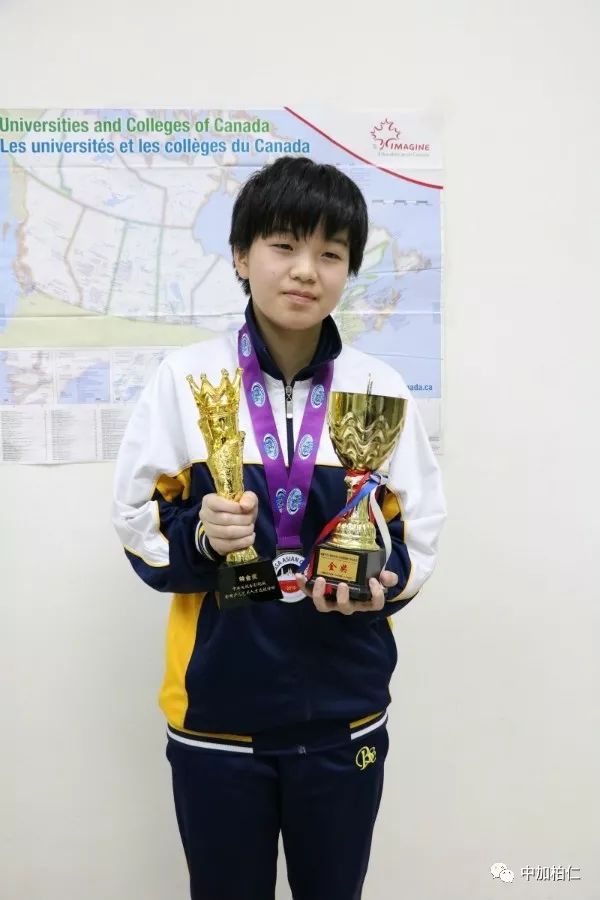